Bangkok Art and Culture Centre proudly presents “Cinema Diverse: Director's Choice”. For the third Cinema Diverse, five international films, selected by five acclaimed Thai directors, will be shown bi-monthly from March – November 2015, followed by a talk with the Thai director after each screening.
The second screening on Saturday 23 May 2015 is Court (India / 2014) directed by Chaitanya Tamhane. It has been chosen by Aditya Assarat, an acclaimed Thai director of Wonderful Town and Hi-So.
A sewage worker’s dead body is found inside a manhole in Mumbai. An ageing folk singer is arrested and accused of performing an inflammatory song, which may have incited the worker to commit suicide. The trial unfolds in a lower court, where the hopes and dreams of the city’s ordinary people play out. Forging these fates are the lawyers and judge, who are observed in their personal lives beyond the theatre of the courtroom.
Court won Best Feature Award at the Indian government’s annual National Film Awards, Best Film and Director at the Mumbai Film Festival, Best Asian Feature at the Singapore International Film Festival, the Luigi De Laurentiis Award and the Venice Horizons Award at the Venice Film Festival and the Fipresci Prize at the Viennnale.
“Court is very funny even though it’s not a comedy. The acting is very real. It could have been acted as a comedy but then it wouldn't have been funny. I laugh because the actors never let me forget this is a serious situation. That is the power of the movie.” Aditya Assarat
Join us for the screening of Court and a post screening talk with Aditya Assarat, Chaitanya Tamhane, the film director and Vivek Gomber, the actor and the producer of the film.

Court Trailer: www.youtube.com/watch?v=4sc8z7zav9A
Free entry
No reservation needed
*With Thai and English subtitles
*Film screening starts at 17.30 hrs.
*The talk after the screening will be in Thai with English translation.
*The film is suitable for adults 15 years and over.


Chaitanya Tamhane
Born in Mumbai in 1987, Chaitanya Tamhane is an English literature graduate.
Six Strands (2010), his first short film, was screened at various international film festivals including Rotterdam, Clermont-Ferrand, Edinburgh, and Slamdance.
In 2012, he was selected for the Berlinale Talent Campus at the Berlin Film Festival. Court is his first feature film. The film was awarded the Hubert Bals Fund from the Rotterdam Film Festival.
Filmography
Court (2014)
Six Strands (Short Film) (2010)
Four Step Plan (Documentary) (2006) 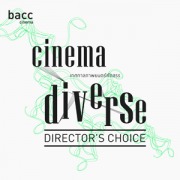 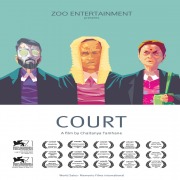 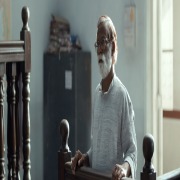 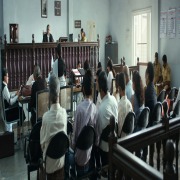 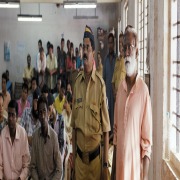 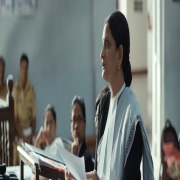 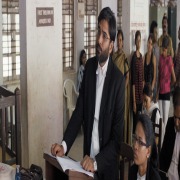