An art exhibition of distance and relativity

BACC Exhibition department in collaboration with inSPIRACJE International Visual Art Festival '13 MUZ' together organizing a joint exhibition ‘PROXIMITY’ presenting the contemporary art of Poland and Thailand. The project starts with a working in collaboration between Thai and Polish curators developing a dialoging concept proposing the works of Thai and Polish artists to communicate to general public both in Thailand and Poland.
One of the most essential and fundamental decisions to be made by the curators is to determine the character of the exhibition and the scope of its influence on the typical audience. In view of the cultural contrast between Poland and Thailand an especially enticing seems to be to organise a show rich in informative and purely cognitive values. This would mean, however, to shock to some extent with the exotic, which does not seem uneasy in view of the comparison of the cultural heritage of the two such different countries. The climatic, demographic, historical and religious differences cause an almost automatic formation of the spectacular comparisons based on the simplest contrasting values, boiling to the antonym of ours-yours. As the idea of the exhibition ‘PROXIMITY’ it proposes, however, a slightly different view on the differences between both countries and societies. It purposefully chooses rather detailed and unconventional issues looking for such works of art that describe with local complexities and at the same time communicating universally as possible. In other words, it is to focus on the works with an open interpretation structure that do not prejudge on the character of a given phenomenon, refrain from cheap moralising or trivial findings.
Starting from the same origination, the project will have two parts; the first part as the works of Thai artist presenting in a ‘PROXIMITY’ exhibition at National Museum in Szczecin in June, 2014 and the second part will be the works of Polish artists at Bangkok Art and Culture Centre in 2015. The co-existence of the works of art from different cultural areas in two exhibition spaces at different time will carry varying messages to audience. It aims that the outcome from the project will be an effective communication to expanded audience and become a further opportunity to explore alternative aspects to connect artworks of artists on the international scene in the flux of the contemporary.
Curators:
Pichaya Aime Suphavanij (Thailand)
Bartlomiej Otocki (Poland)
Artists (Thailand)
Arnont Nongyao
Kawita Vatanajyankur
Pan Pan Narkprasert
Pathompon Tesprateep
Preechaya Siripanich
Taiki Sakpisit
Tul Suwannakit
Ukrit Sa-nguanhai
Viriya Chotpanyavisut
Artists (Poland)
Adam Witkowski
Agata Bielska
Artur Malewski
Franciszek Orłowski
Grzegorz Drozd
Paulina Sadowska
Paweł Kula
Piotr Skiba
Tomasz Kozak
-
Exhibition Concept Part I
P ROX IMITY:
An art exhibition of distance and relativity
Suppose in the infinite universe, there are particles like tiny units circulating in various corners randomly racing in the midst of the vast world, what is the possibility of the particles from different orbits crashing and resting for a moment to connect and relate? Such hypothesis raises a question on the probability of the world in an alternative dimensions.  As space, time and distance could be perceived in many ways, one of them arises from the obvious; understanding a definite rule of space as one incident, or recognizing shortness and length between reference points as one distance. However, here we ask for an alternative, where a rule of measurement is regarded as one perception. Merging theory of physics with anthropology, from point A to point B, in the humanistic current, space, time and distance is relevant.
Meaning and apprehension are always fluctuated by the formula of basic reality. Being closer to one thing is equivalent to understanding more. However, in the world reorganized from the micro level, distance is deconstructed and assimilated into a trait. A new identity is formed through the ceremony of living in transition. In such time, meaning and apprehension depends on momentum of individuality. Proximity and distance are new interpretations of the world. In this dimension, art carries on another message that is not presented to be understood, but to be felt at the most fundamental level of being human. That is comprised of weakness and strength, desperation and courage, trapping in a suspended condition, attempting to flee from, questioning the questions and dissatisfying with the answers, searching and longing through time and distance, and even a discovery that comes as a surprise. Under these various stages, it reveals the simultaneity of living through diverse individuals, of their own perspectives, in varying places existing in proximity and distance, disseminating the relativity.
Understanding deep stories/experiences we are closing to and seeing surface of experiences we are far away from is a hybrid viewpoint at both micro and macro levels. It is a proposition with a holistic value in order to connect and circulate the spontaneity of sympathy and care. When cognitive value, as deepened, is extended and expanded its meaning to those in a different part of the world, that is when maintaining an identity in one place is equivalent to maintaining another, depending on each other independently. Relation is a relativity that needs no rigid rules to breath. As such, space, time, proximity and distance could cross the boundary of the principles to the science of life, with deep ecology that the comprehension of momentum in the world in combination with the trust in human instincts will propel the possibilities.
For More information
Please contact: BACC exhibition dept.
exhibition@bacc.or.th tel. 02 214 6630
Poland : plac Zolnierza Polskiego 2
www.13muz.eu
tel. +48 91 43 47 173 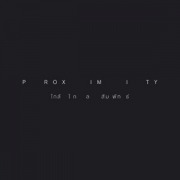 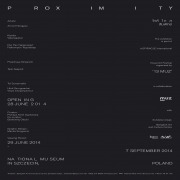