Bangkok Art and Culture Centre proudly presents “Cinema Diverse: Director's Choice”. For the second Cinema Diverse, five international films, selected by five acclaimed Thai directors, will be shown bi-monthly from November 2013 – September 2014, followed by a talk with the director after each screening.

The screening on Saturday 19 July 2014 is a Czech film, Autumn Spring (2001) directed by Vladimir Michalek and chosen by Jira Maligool, a renowned Thai director of The Tin Mine, Mekhong Full Moon Party and Seven Something (Episode 42.195).

“It is essentially a kids film played by elders therefore it is basically a film for those who are still young at heart!” Jira Maligool
A wry, bittersweet comedy in the classic Czech tradition, Vladimir Michalek’s Autumn Spring stars the great Vlastimil Brodsky (Closely Watched Trains, Jacob the Liar) as Fanda, a terminal prankster who refuses to grow up and face responsibility. Despite constant pleas from his wife and son, who want him to make some serious decisions about the future, Fanda ignores their nagging and spends his days seeking amusement and adventure.
Aided and abetted by his longtime pal and former theatre colleague Eda, Fanda keeps his acting skills sharpened by pretending to be a host of fascinating characters. Although Fanda bickers constantly with his wife, their bond is palpable – even if life with Fanda is frustrating, deep down she knows that at least it is never boring. The couple soon realizes, however, that maybe Fanda is right – instead of old age being a time to take on worries, perhaps it is the time to shed them and live each day to the fullest.
With Autumn Spring, Vladimir Michalek has created a delightfully subtle, moving comedy about age, marriage, friendship and the art of living. It marks the final performance of renowned Czech actor Brodský, who committed suicide shortly after the film was made. Autumn Spring won 4 Czech Lion awards in 2001 (Best Actor, Best Actress, Best Supporting Actor and Best Screenplay), Best Film at Cleveland International Film Festival 2002, Audience Choice Award at St. Louis International Film Festival 2002, and has been shown at many festivals throughout the world.
After the screening there will be a talk about the film with Jira Maligool and Witthaya Thongyuyong, a famous Thai director.
Autumn Spring trailer: www.youtube.com/watch?v=IPH3Wr9Xnp8

Free entry
No reservation needed
*With Thai and English subtitles
*Film screening starts at 17.30 hrs.
*The talk after the screening will be in Thai with English translation.
*The film is suitable for adults 15 years and over.
Vladimír Michálek
Vladimír Michálek (born 2 November 1956) is a Czech film director and screenwriter. Michálek graduated from Czech film Academy FAMU, Prague, in 1992. Starting during his academic study he was filming documentaries. He joined the Barrandov Studios as assistant director, where he worked as an assistant director to many foreign directors including Margarethe von Trotta (Rosa Luxembourg), Bernhard Wicky (The Spider’s Web I and II), Reinhard Hauff (The Blue Eye), Andrew Birkin (The Burning Secret) and Ted Kotcheff (The Shooter).
His first feature film, Amerika, a free adaptation of the Kafka novel was release in 1994. In 1996 Forgotten Light, also based on Franz Kafka´s story, followed. The film ran on the Karlovy Vary International Film Festival, as did this next movie, Sekal Has to Die, two years later. The latter won ten Czech Lion awards, including Best Direction, and succeeded Forgotten Light as the Czech Oscar-nominee. As with Amerika, he wrote the screenplay for his film Angel Exit 2000. The film won the 2002 Daring Digital Award on the Jeonju International Film Festival and earned two Czech Lion Awards. His next film, Sekal Has to Die (1997) was the 1997 Czech nominee for the Academy Award, winner of the Critics’ Choice Award at the 1998 Los Angeles International Film Festival and the winner of ten Czech Lion awards.
Autumn Spring (2001), starring Vlastimil Brodský in his last role, received favorable reviews, such as in The New York Times and The Washington Post. It won a number of prizes from various international film festivals around the world. Michálek also works for TV productions such as the 2003 series Záchranári as well as directed the music videos.
Selected filmography
Director
Of Parents and Children (2008)
Autumn Spring (2001)
Angel Exit (2000)
Prague Stories (compilation contribution, 1999)
Sekal Has to Die (1998)
Forgotten Light (1996)
Amerika (1994)
Note: Cinema Diverse: Director's Choice (Himizu) on Saturday 25 January 2014 will be moved to Saturday 20 September 2014 at 16.30 – 21.00hrs. at Auditorium, 5th floor, Bangkok Art and Culture Centre.
Cinema Diverse: Director's Choice 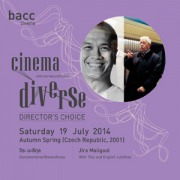 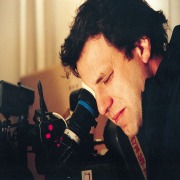 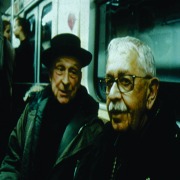 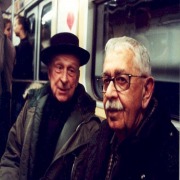 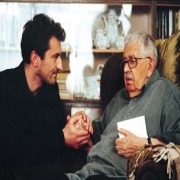 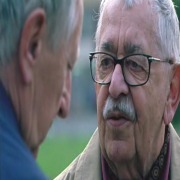 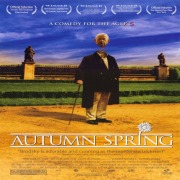 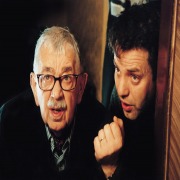 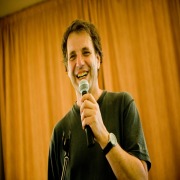 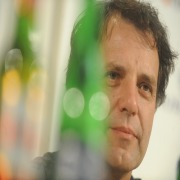 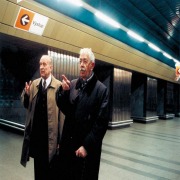