Bangkok Art and Culture Centre proudly presents “Cinema Diverse: Director's Choice”. For the second Cinema Diverse, five international films, selected by five acclaimed Thai directors, will be shown bi-monthly from November 2013 – September 2014, followed by a talk with the director after each screening.

The screening on Saturday 17 May 2014 is a Korean film, The Good, The Bad, The Weird (2008) directed by Kim Jee-woon and chosen by Nonzee Nimibutr, a renowned Thai director of Nang Nak, Dang Bireley's and the Young Gangsters, Queens of Langkasuka and Timeline.

“A Western Cowboy film with Eastern flavour in the style of Kim Jee-woon, a renowned Korean director who is usually known for his intense horrors. This thrilling action film is visually stunning and guaranteed to keep the audience on the edge of their seats the whole time.” Nonzee Nimibutr
The Good, the Bad, the Weird is a 2008 South Korean Western film, directed by Kim Jee-woon. It was inspired by Sergio Leone's The Good, The Bad and The Ugly.
The Good, The Bad, The Weird was screened out of competition at the Cannes Film Festival. It received screenings at the Toronto International Film Festival, Hawaii International Film Festival, Sitges Film Festival, Chicago International Film Festival, and the London Film Festival. It won Best Director and Best Special Effects at Sitges Film Festival; Best Director, Best Cinematography and Most Popular Film at Blue Dragon Film Awards; and Best Supporting Actor (Jung Woo-sung) at Asian Film Awards 2009.
The Good, The Bad, The Weird trailer: www.youtube.com/watch?v=OzNnCK5cd8Q
After the screening there will be a talk about the film with Nonzee and Kim Jee-woon himself. There will also be a Masterclass with Kim Jee-woon and Nonzee Nimibutr at Korean Cultural Center (www.facebook.com/koreanculturalcenterTH) on Sunday 18 May 2014 at 13.00 – 16.30 hrs.
Free entry / No reservation needed
*With Thai and English subtitles
*Registration at 16.30hrs / Film screening starts at 17.30 hrs.
*The talk after the screening will be in Thai with English translation.
*The film is suitable for adults 15 years and over.
Kim Jee-woon
Kim Jee-woon (born 27 May 1964) is a South Korean film director and screenwriter. He is a suspense filmmaker in the same league as David Fincher or Brian De Palma, Kim’s movies peer into the darker corners of the human mind to stunning effect. Kim Jee-woon has a history of successfully tackling a wide range of film genres, garnering a cult following among fans of Asian cinema.
Kim Jee-woon entered Seoul Institute of the Arts, but left school and worked in the theatre scene. He began his career as a stage actor, then stage director, and finally has become one of the most popular and acclaimed figures among modern Korean directors/screenwriters. His second screenplay, The Quiet Family (1998), won him the Best Screenplay prize in a local contest, and Kim went on to make his directorial debut with this screenplay. The film was invited to many film festivals.
Kim’s films have been hailed by critics and audiences alike for his unique style and storytelling. His second feature, The Foul King (2000), drew more than 2 million spectators, while his astounding horror film of true visual elegance, A Tale of Two Sisters (2003), reached 3.5 million viewers nation-wide. It went on to be remade by Dreamworks in the US.
His 2010 thriller film I Saw the Devil is a serial killer classic in waiting. The film premiered at the 2011 Sundance Film Festival. While The Good, The Bad, The Weird (2008) is an action movie with brains as well as brawn. Kim's next film was his US debut, featuring the return of Arnold Schwarzenegger to lead acting roles, The Last Stand (2013).
Selected filmography
Director
Last Stand (2013)
I Saw the Devil (2010)
The Good, the Bad, the Weird (2008)
A Bittersweet Life (2005)
A Tale of Two Sisters (2003)
Three (Segment: Memories) (2002)
The Foul King (2000)
The Quiet Family (1998)
Note: Cinema Diverse: Director's Choice (Himizu) on Saturday 25 January 2014 will be moved to Saturday 20 September 2014 at 16.30 – 21.00hrs. at Auditorium, 5th floor, Bangkok Art and Culture Centre
Cinema Diverse: Director's Choice
Saturday 9 November 2013
Kongdej Jaturanrasmee / Synecdoche, New York (USA, 2008)
Saturday 22 March 2014
Pen-Ek Ratanaruang / Between Two Worlds (Sri Lanka, 2009)
Saturday 17 May 2014
Nonzee Nimibutr / The Good, The Bad, The Weird (Korea, 2008)
Saturday 19 July 2014
Jira Maligool / Autumn Spring (Czech Republic, 2001)
Saturday 20 September 2014
Tanwarin Sukkhapisit / Himizu (Japan, 2011)
For more information please call 02 214 6630-8 ext. 528 and email: activity@bacc.or.th
www.bacc.or.th , www.facebook.com/baccpage 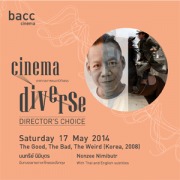 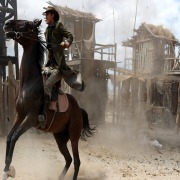 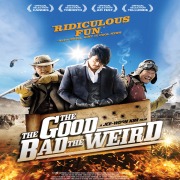 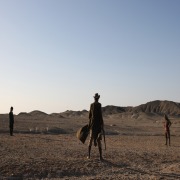 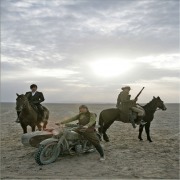 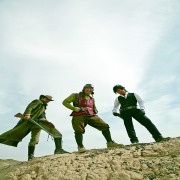