Bangkok Art and Culture proudly presents “Cinema Diverse: Director's Choice”. For the second Cinema Diverse, five international films, selected by five acclaimed Thai directors, will be shown bi-monthly from November 2013 – September 2014, followed by a talk with the director after each screening.

The third screening on Saturday 22 March 2014 is a film from Sri Lanka, Between Two World (2009) directed by Vimukthi Jayasundara and chosen by Pen-ek Ratanaruang, an acclaimed Thai director of Last Life in the Universe, Nymph, Headshot and Paradoxocracy.

“The first shot of Between Two Worlds is a long shot of an empty ocean, just sea and sky. We watch this empty shot for what seems like an eternity, then a tiny figure falls from the sky into the ocean. The film becomes more and more entertaining as it switches between surrealism and fable... it's magical, funny, thought-provoking and absolutely unforgettable.” Pen-ek Ratanaruang

Between Two Worlds was officially selected for the Competition at the 66 Venice International Film Festival in 2009 and was nominated for the prestigious Golden Lion. It also received nomination for Achievement in Directing at the Asia Pacific screen Awards 2009 in Australia. At the Barcelona Asian Film Festival in 2010 this film won the Best Asian Film Award. Between Two Worlds was invited to more than 100 film festivals around the world.

Director’s note: "In Between Two Worlds, the forces of History, of the past, the forces of nature, the forces of each character, the forces of the institutional powers, the forces of cinema, all come to a clash and to explode. All these forces flow through time, come from the past, reappear in the present and are tensed into the future.
The film allowed us to flee from the city, inhabited by signs and violence — to his unknown, Rajith undertakes a sort of spiritual journey—taking us to surroundings where life is not something that is obvious, where signs are invisible, where the sensation of the unknown, mystery, horror can arise, where one starts to understand that all of this has always been possible for human beings. The city makes one mad, but nature might be even worse, reawakening the past, legends. It is testimony of each and every thing, it talks to us without pause, referring to myths, arousing our imagination and ghosts. It is also the site of great violence. Nature never ceases fighting back, being born again where man has built; it cannot be controlled. In this sense it isolates us, it goes both before us and after us.

After the screening there will be a talk about the film with Pen-ek and Vimukthi himself. There will also be a Masterclass with Vimukthi Jayasundara at Bangkok University (Rangsit Campus) on Monday 24 March 2014 at 13.00 – 16.00 hrs. For more information please call 02 212 6630 ext. 528.

Free entry
No reservation needed
*With Thai and English subtitles
*Film screening starts at 18.00 hrs.
*The talk after the screening will be in Thai with English translation.
*The film is suitable for adults 15 years and over.

Vimukthi Jayasundara
Vimukthi Jayasundara is an award-winning Sri Lankan film director, screenwriter and visual artist. He attended the Film and Television Institute of India and after returning to Sri Lanka, began work on his first film, The Land of Silence (2001), which took 3 years to complete. The Land of Silence was a documentary in black and white about the victims of civil war in Sri Lanka. The film was made using cinematographic equipment from the 1960s and interspersed with occasional dialogues deliberately not translated but relayed by a background commentary. The film transforms images of the present into ghostly archives. The documentary was selected by several festivals including Marseilles, Rotterdam and Berlin.

Vimukthi then received a scholarship at Le Fresnoy-Studio National des Arts. Following his time at Fresnoy, he directed a short film Empty for Love – which was shot in France and Sri Lanka. The film was was officially selected to the Cannes film festival in 2003 and won the Best Director Award at the Novo Mesto International Short Film festival, Slovenia in 2003, the same year he became a resident at the Cinéfondation of the Cannes Film Festival.

His first feature, The Forsaken Land (2005) has been officially selected at Cannes Film Festival in 2005 (Un certain regard) and won the Caméra d’Or, making him the only Sri Lankan to win the award. He followed this with Between Two Worlds (2009) which got nominated for the Golden Lion at the Venice International Film Festival 2009. His third feature, Mushrooms (2011) was filmed in India and went on to be selected for the Director’s Fortnight at Cannes Film Festival 2011. 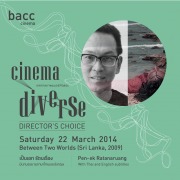 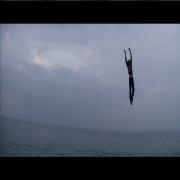 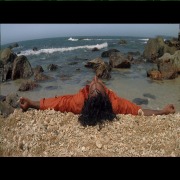 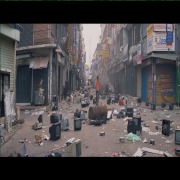 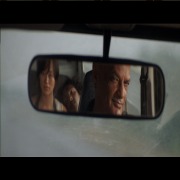