Something Missing Vol.3. The last chapter of the 3-year collaboration between Theatre momggol and B-Floor
Something has happened.
Something has gone.
Something will go on.
Something Missing is an initiative of creative collaboration between two physical theater companies: B-Floor Theatre (Thailand) and Momggol (South Korea).
Exploring the theme of life experiences where something is missing, forgotten, discriminated, or left behind, the two companites have been exchanging their ideas over differences and similarities against the socio-political contexts of both countries, and have created an intense presentations in the form of physical theater performances.
In 2015, Something Missing directed by Jong Yeon Yoon won Best Movement-Based Performance and Best Art Direction awards from Bangkok Theatre Festival 2015
In 2016, Something Missing: Rite of Passage directed by Teerawat "Ka-ge" Mulvilai was nominated for Best Performance by an Ensemble Award by the Theatre Critics Association Thailand Center (IATC)
This year, 2017, Something Missing is back as a co-directed performance by Jongyeon Yoon and Teerawat Mulvilai, performing at Testbed 66, Seoul, South Korea on 24th-26th November, and at Bangkok Art and Culture Center (BACC) in Bangkok on 12th-17th December, 2017.
booking: call 094 4945104 or bfloortheatre@gmail.com
show time : 19.30hrs.
Tickets:
Walk-ins 600 THB
Transfer at least 24 hours in advance 470 THB
Students and groups of 5 or more by transfer 370 THB per person 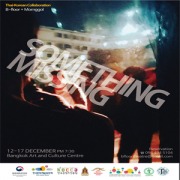 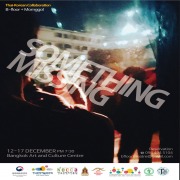 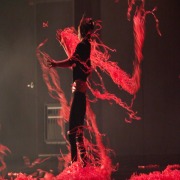 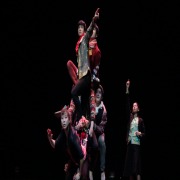