Organized by BACC Exhibition Department
Supported by Asia Plus Group Holdings Public Company Limited and SCG Foundation
Opening Reception: 21st August 2015 at 18.00 hrs. at Multi-Function Room, 1st floor
Nearly 100 pieces including the former works and the ones that are never exhibited are the works from ever period during 50 years of creation of Ithipol Thangchalok who, among few Thai Contemporary artists, intently and determinedly persists in following the path of abstract art.
The exhibition presents the works that Ithipol has created since he was an undergraduate and graduate student. The show includes pieces from his very first solo exhibition "Recent Paintings" (1991) and many following exhibitions which are “The Color of Light" (2002), "Matter of Mind" (2004), "Primal Spirit" (2006), Intuition and Intellect" (2008), and "Alphabet" (2013). The exhibition also features the very recent collection "The Journey of Parkinson Lines" (2014-2015).
The path of his creation began with printing techniques that he practiced in his early years at Faculty Painting, Sculpture and Graphic Arts, Silpakorn University. In those days, Ithipol did not yet officially have knowledge of abstract art. Four major techniques he studied consisted of silkscreen, etching, woodcut, and lithograph. All these techniques were incorporated into different themes that include organic form of seeds, trees in a city, wall, and human figure and space. Ithipol gradually made these representational forms to be abstract ones. A seed that was once recognizable became a geometric figure. A large bush became a group of lines that freely ran. A human figure was turned into slices of geometric forms. These basic printing techniques later led him to discover particular techniques that resulted in the content of his work.
After received his bachelor’s degree, Ithipol pursued his master degree in the United States at Washington University where he was officially acquainted with abstract art. He realized that his practice could harmoniously get together with the philosophy of abstract art. His study, art galleries and museums visits, including travels in American broadened his experience and deepened his attitude that influenced his creation when he returned to his homeland.
Ithipol has developed abstract art practice to be more oriental until his works get acclaimed in national and international art circles. Rewards and medals that he won from both national and international art competitions prove his mastery so in 1979 he received Artist of Distinction Award.
By the end of 70’s, abstract art in Thailand was losing its popularity. His fellow artists began to change their style. And, even being advised to shift his praxis, Ithipol firmly insisted that “Abstract art always works for me.”
Ithipol’s constant, gradual, and steadfast faith in the path allows him to discover the "truth" of art in many aspects: the truth of art object, the truth of visual language, the truth of a relationship between artist and art object, the truth of the universe where the dichotomy dwells whether the one of the old and the new, light and shadow, form and space, emotion and reason, and intellect and intuition, etc.
Finally, the unchanging and serene path of creativity and artistic expression in which Ithipol holds fast to have made public realize the artist’s consistence and faith in abstract art. The simplicity of abstract art is as priceless as a key to the large door as the artist once said "Abstract quality deals with mind and "mind" is a medium that allows him to truly discover the "truth" of art.” 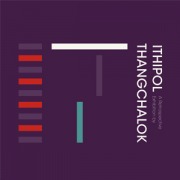 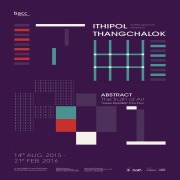 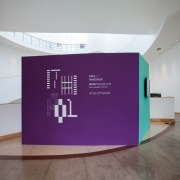 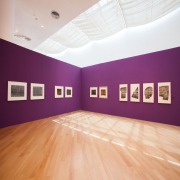 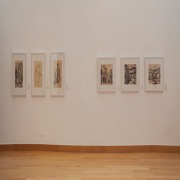 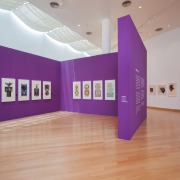 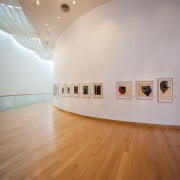 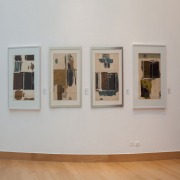 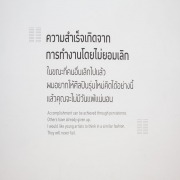 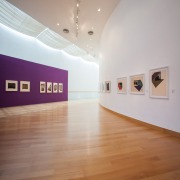 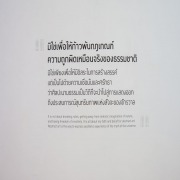 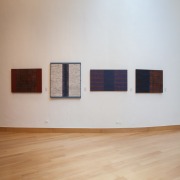 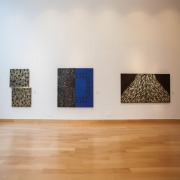 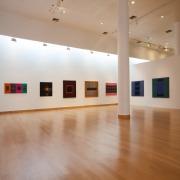 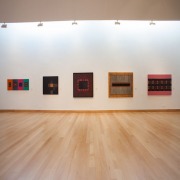 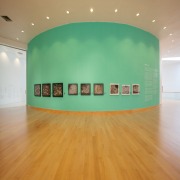 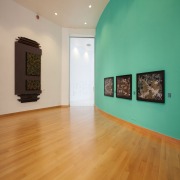 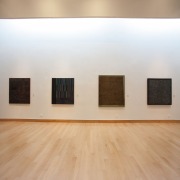 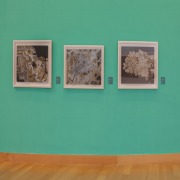 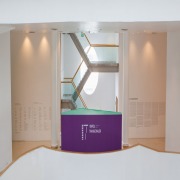 A Retrospective Exhibition “Abstract: The Truth of Art” Ithipol Thangchalok

A Retrospective Exhibition “Abstract: The Truth of Art” Ithipol Thangchalok